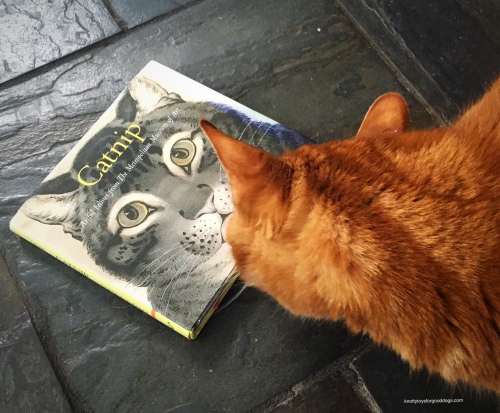 Today instead of focusing on a pawticular artist we will be pawing through one of Dot’s & Jerry Underfoot’s favorite books in the house, ‘Catnip ~ Artful Felines from The Metropolitan Museum of Art’ published by Chronicle Books.

HuMom gets pawsitively excited with any book that has graphic endpapers (: a once-folded sheet of paper having one leaf pasted flat against the inside of the front or back cover of a book and the other pasted at the base to the first or last page); she is what is known as a bibliophile (someone who loves books).

Written from the inside of the dustjacket:  In this book, feline masterpieces from The Metropolitan Museum of Art are paired with words by some of History’s great writers & humorist, including Mark Twain, Gwendolyn Brooks, Gertrude Stein, T. S. Eliot, & Emily Dickinson. Like cats themselves, this collection of art & writing will continually charm readers. The Metropolitan Museum of Art New York is one of the world’s leading cultural institutions, home to more than 2 million works of art.

Let’s have a look at what we four leggers sniffed out for you. 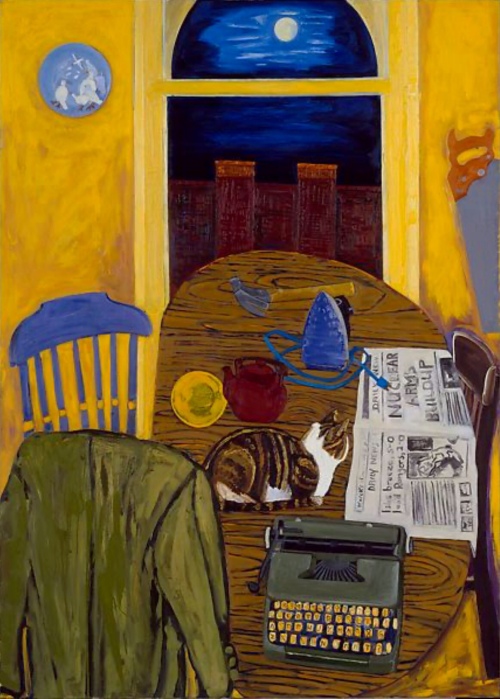 One reason cats are happier than people is that they have no newspapers. Gwendolyn Brooks, American, 1917-2000 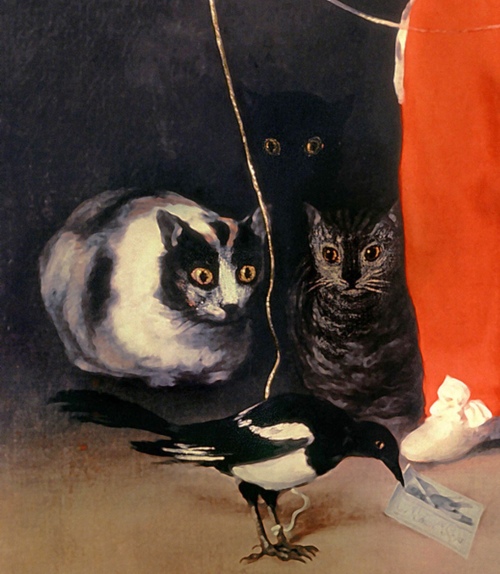 She sights a Bird – she chuckles – She flattens – then she crawls – She runs without the look of feet – Her eyes increase to Balls –   Emily Dickinson, American, 1830-1886 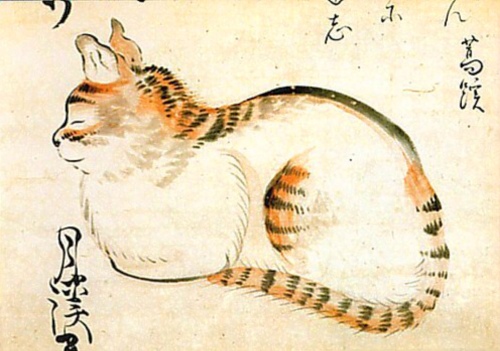 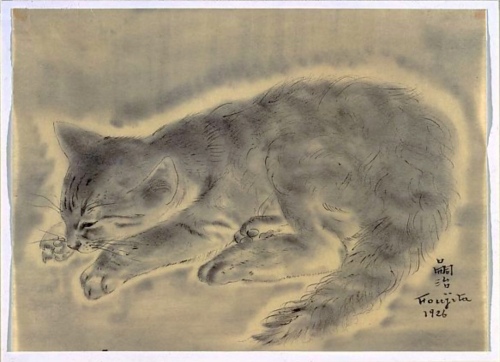 Cats are rather delicate creatures and they are subject to a good many different ailments, but I never hard of one who suffered from insomnia.   Joseph Wood Krutch, American, 1893-1970 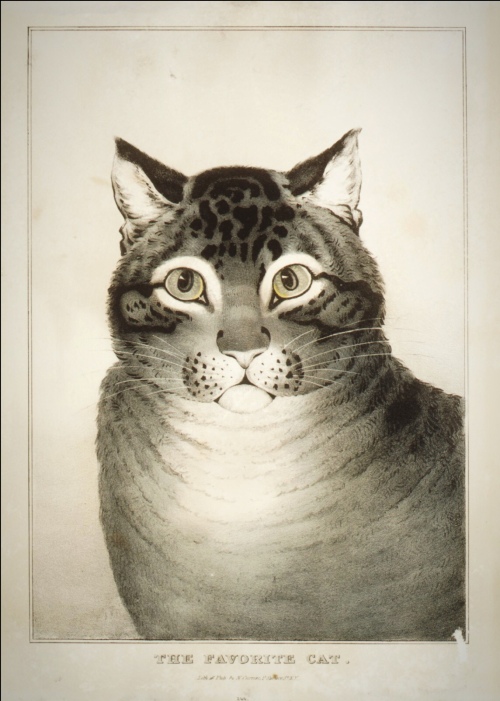 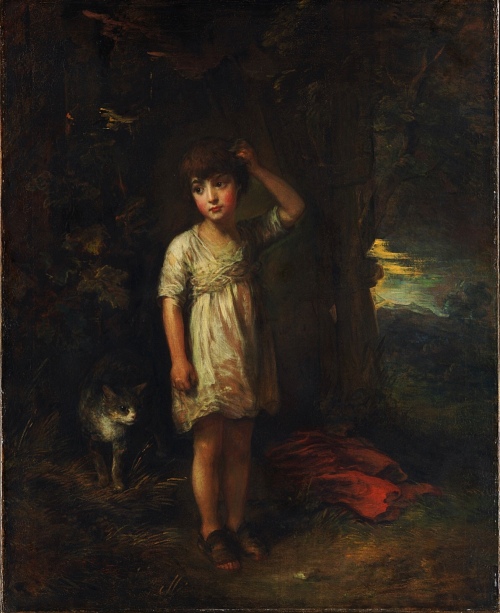 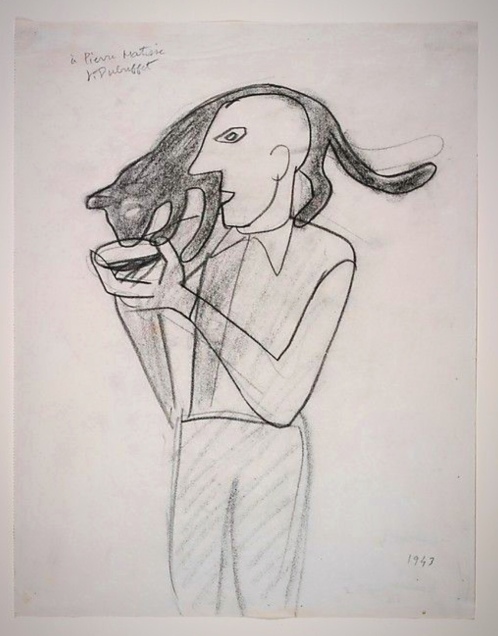 It is perfectly possible (a fact which I have proved scores of times myself) to work not only with a cat in the room, but with a cat on one’s shoulder or in one’s lap. In a drafty room, indeed, the cat makes a superior kind of paperweight!   Carl Van Vechten, American, 1880-1964 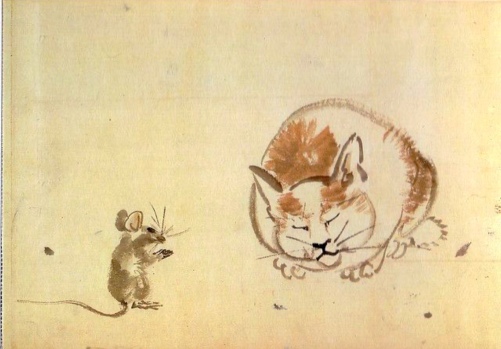 When the cat winketh, little knows the mouse what the cat thinketh.   English proverb 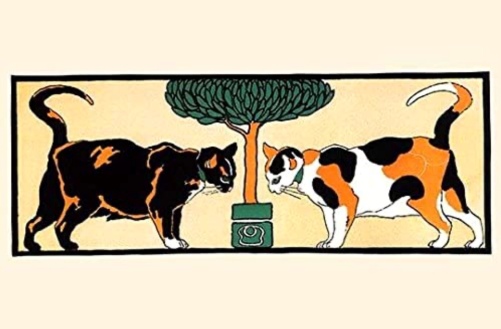 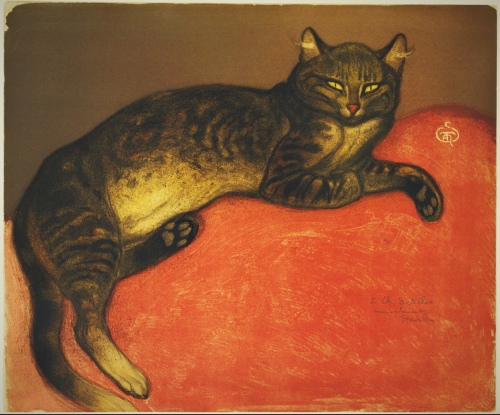 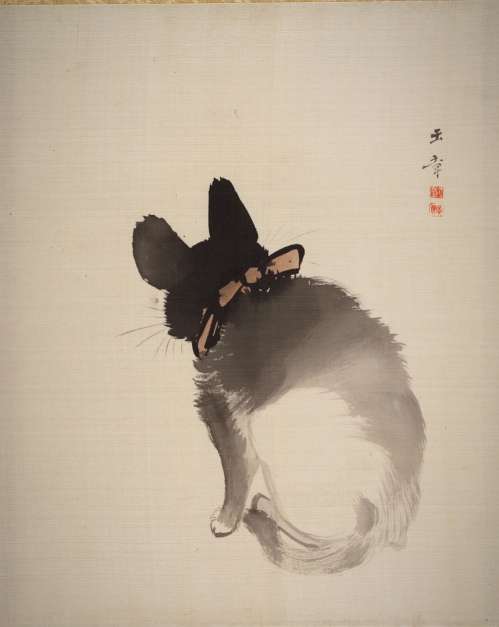 If you are curious like Dot & Jerry Underfoot you can sniff out more wagnificent animal art at TheMet; we understand they have a new project. With the Met Chrome Extensions you may explore ‘The Meow Met’ collection, a look into the pawtacular lives of cats at the Met. If you are interested  this link will tell you more about it.

Have a safe, wooftastic weekend,