Welcome to Friday everyone. Today I’ve sniffed out the works of painter Phill Singer. Phill graduated from The School of Visual Arts in New York city in 1989 & has been working professionally ever since. He has done paintings for clients such as Celestial Seasonings Tea, Forbes Magazine, National Geographic Magazine, & numerous New York Publishers including Avon, Harper Collins & Viking Books.

A desire to create his own paintings eventually overtook his illustration career. Currently his work combines illustration influences with his newly found appreciation for the painters of the 18th century and a strong affection for surrealism. Let’s have a good sniff. 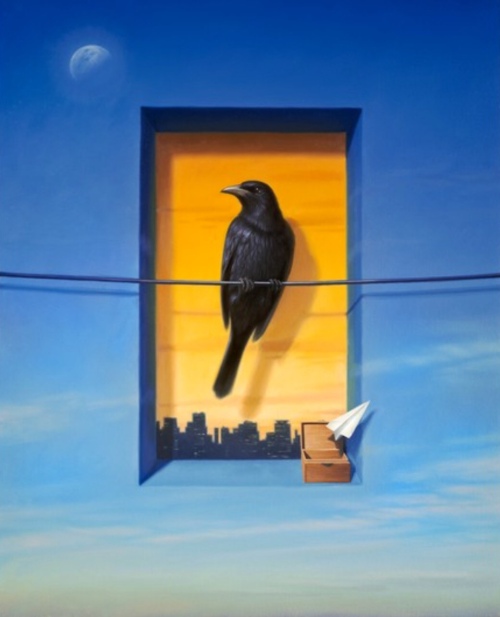 Have a pawsome weekend.