Hello one & all, CEO Olivia here. My huMom recently noticed that I’m what  people call a south paw. That means if I was a human, I would be predominantly left handed. When cleaning my paws she noted that my left paw often had treat bits between the toes. So she watched me & saw that if I’m holding a toy down, it’s  always with my left paw. This indicates the right side of my brain is dominate over the left side.

Studies have shown that being right-pawed was associated with lower arousal & calmer responses to novel stimuli & strangers. However, the dogs who chose to use their left paw seemed to be more prone to stress &  have more difficulty adjusting to new or unfamiliar surroundings. It appears that a left-motor bias may be linked to a more negative affective state & a more reactive coping style. Personally, I am very reactive to strange dogs & humans.

To test the paw preference of your good dog you can do what’s called the Kong test. Stuff some treats in the Kong & observe. In order to get to the treat, your good dog must immobilize the Kong which would otherwise roll around. To do this good dogs usually place a paw on the toy. The paw that the dog chooses to use is an indication of the dog’s paw preference. Do this several times to see if the paw switches. Some dogs will show no preference.

Left handed humans are noted to be gifted musically. I’ve been known to bark out a tune now & then, so I think this applies to us good dogs as well. BOL! 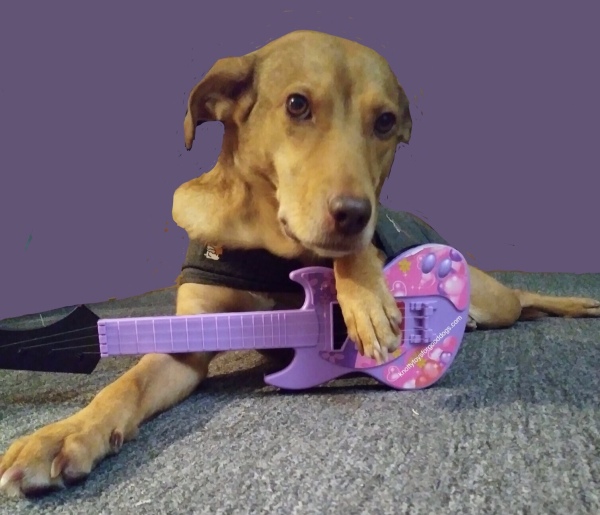 Is your good dog a south paw? Take the Kong test & see.

4 thoughts on “Is Your Good Dog A South Paw?”